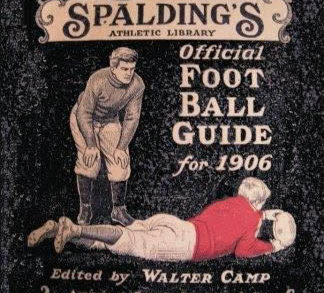 In 1905, President Teddy Roosevelt threw the gauntlet: Football, reform your brutal ways or be banned!

His decree triggered a battle between the good ol’ boys Rules Committee and college presidents sick and tired of seeing their student-athletes being killed and maimed on the football field (18 died in 1905). In December, ’05, the warring groups merged into what would eventually become the NCAA.

By the spring of 1906, they rewrote the rules of football with a mission: Pry open the “mass attack” game of ground and pound and brawl in the middle of the field, and spread the game to the entire field. Here are the major rule changes from the inside out.

Next: In the earliest version of “Deflategate,” how the Rules Committee took some air out of the forward pass by trying to kill it with penalties.