In the last game of the ’07 season, the Carlisle Indians (9-1) took on the Big Ten champs, the heavily favored U. of Chicago. Worse, the Indians had lost their star quarterback, Frank Mt. Pleasant, to a broken thumb. Over 27,000 Chicago fans (above) were eager for a “massacre at Marshall Field.”

Chicago’s coach, Amos Alonzo Stagg, was Pop Warner’s rival in trick plays and experimenting with the new passing game. To shut down the Indians’ air attack, Stagg had a new trick: the first “pass defense.” It was simple. When the ball’s snapped, knock down the Indians’ go-to receivers, Exendine and Gardner. If they get up and run, knock ‘em down again. It was all legal.

During the game, it worked well into the 2nd half, limiting the Indians to two field goals (worth 4 pts.) for an 8-0 lead. Then the Indians fought knockdowns with a knockdown for the ages. On a 1st down, Exendine let the Chicago defenders knock him out of bounds. While the Chicago boys returned to the play, Exendine ran down the sideline behind the Carlisle bench and the photographers. Exendine (below) came back on the field 25 yards downfield, all alone. 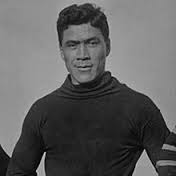 Carlisle’s fullback, Hauser, having scrambled behind the line, launched a pass. It spiraled high and true against a blue sky: a 40-yard bomb. The crowd gasped, Chicago players wheeled, and the ball fell into Exendine’s arms. He trotted, untouched, across the goal line.

The play would never happen again. After Chicago’s 18-4 loss to the Indians, Stagg forced a rule change: any player going out of bounds was out of the play.

Carlisle’s rule-changing trick plays rest in the shadows of history. But the next time you see a spiraling pass, sailing high and true, look for the ghosts, the pioneers of the pass, who first gave it flight. 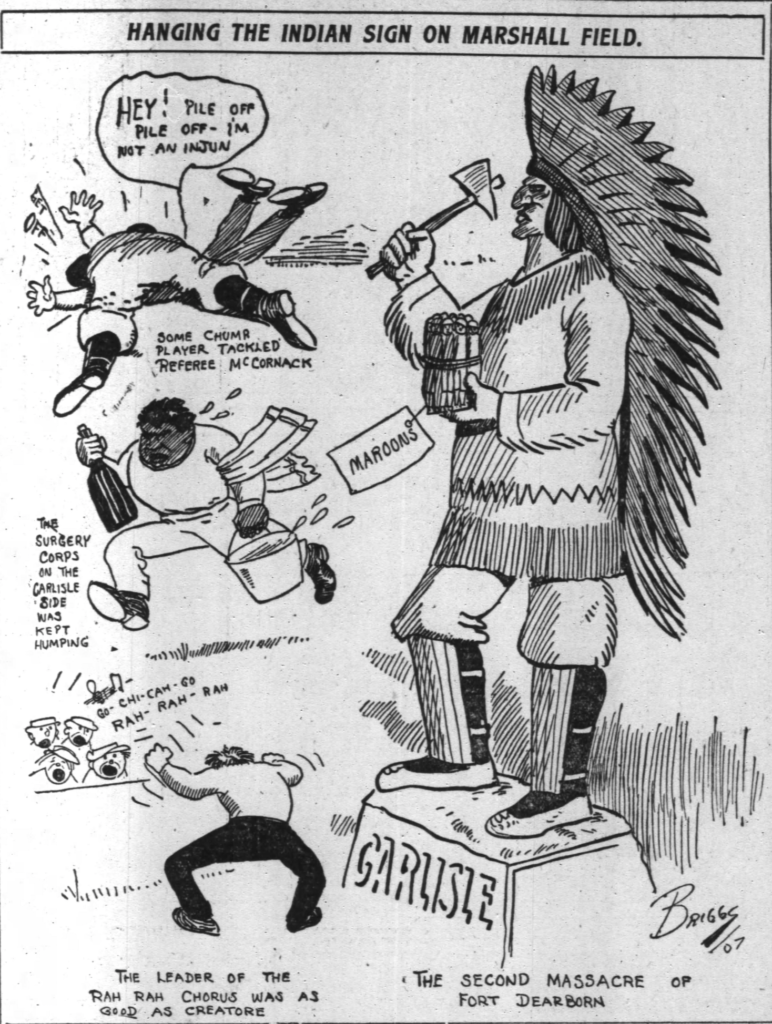 Video Interview with Brian on BLOWBACK '07