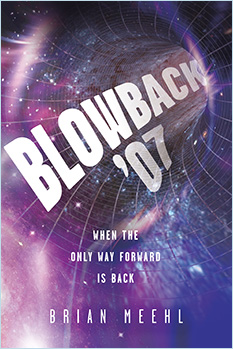 Clashing teenage twins Arky and Iris have one thing in common: an ancient musical instrument left to them by their mother. When Iris plays the strangely curved woodwind, the trouble begins; Arky’s friend, Matt, the school’s star quarterback, disappears.

Transported to 1907 and the Carlisle Indian School, Matt is forced to play football for Coach Pop Warner as the Carlisle “Redmen” revolutionize Ivy League football. Matt’s struggle to “play his way home” is complicated when he falls in love with an Indian girl. Meanwhile, Arky and Iris discover a cache of secrets that might bring Matt back, and lead to the ultimate rescue: their mother, trapped in the past.

Blowback ’07 launches a century-spanning trilogy to be continued in Blowback ’63 and Blowback ’94. Books two and three propel Arky and Iris to the illuminating past, and transform them in ways they never imagined. After all, as their mother once cautioned, “Every road to the future winds through the past.” 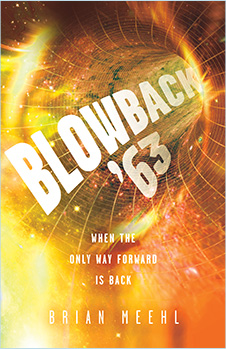 The battle between teenage twins, Arky and Iris, is about to explode into war—the Civil War.

Arky is ready to give up on rescuing their mother, Dr. Octavia Jongler, who is lost in the past. Iris refuses to give up hope, and playing the Jongler cor anglais to reawaken its powers of time travel. When Arky’s buddy, Danny, a pitching ace, throws his baseball future away, Iris and the cor anglais perform a shocking double blowback. Danny and Arky are blown to a time and place, 1863, where a boy’s game was being played in the middle of a man’s war. (True story!)

While Danny is thrust into a world of baseball he never imagined, Arky discovers tantalizing clues that put him on the trail of his missing mom.

In the present, Iris’s quest to bring everyone home from 1863 leads to a risky game of cat-and-mouse with Matt Grinnell, her first victim and beneficiary of time travel.

The war that spans centuries—between brother and sister, pitcher and batter, blue and gray, love and loss—is fought to the last page. 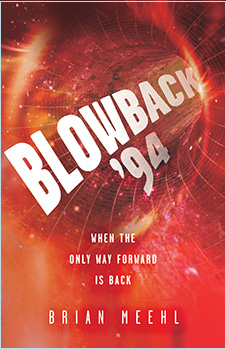 Iris Jongler-Jinks is about to make her greatest discovery yet. If you want to rescue someone who’s lost in the past—DIY—do it yourself.

In Blowback ’07, Iris discovered her family’s ancient cor anglais—the Horn of Angels—that sends time voyagers to the past to heal their destinies. She’s certain it’s where her mother is—marooned in the past.

In Blowback ’63, Iris discovered that her twin brother Arky is the worst time traveler to ever century hop, much less return with good intel on where their mother might be. Now it’s Iris’s turn.

She is hurled to a time that dreams are made of. A place where her quest to find their mom throws Iris into the company of Henri Toulouse-Lautrec, Edgar Degas, and the most scandalous performer the Moulin Rouge has ever known.

But Iris’s mission isn’t all legends and the City of Light. Her time-travel trashing brother crashes the party. And the siren calls of the past that seem to have bewitched their mother begin to work their spellbinding magic on Iris…and even Arky.

Who will make it home? Who will find home in the past?